“Were You Colder Than This?”
(Written by Ruth Seamands)

It was Christmas Eve in Korea. An expectant mother walked through the snow to the home of a missionary friend where she knew she could find help. A short way down the road from the mission house was a deep gully spanned by a bridge. As the young woman stumbled forward, birth pains overcame her. She realized she could go no farther. She crawled under the bridge.

There alone between the trestles she gave birth to a baby boy. She had nothing with her except the heavy padded clothes she was wearing. One by one she removed the pieces of her clothing and wrapped them around her tiny son – around and around, like a cumbersome cocoon. Then, finding a discarded piece of burlap, she pulled it over herself, and lay exhausted beside her baby.

The next morning, a missionary drove across the bridge in her Jeep to take a Christmas basket to a Korean family. On the way back, as she neared the bridge, the Jeep sputtered and died, out of gas. Getting out of the Jeep she started to walk across the bridge, and heard a faint cry beneath her. She crawled under the bridge to investigate. There she found the tiny baby, warm but hungry, and the young mother frozen to death.

The missionary took the baby home and cared for him. As the boy grew, he often asked his adopted mother to tell him the story of how she had found him.

On Christmas Day, his 12th birthday, he asked the missionary to take him to his mother’s grave.

Once there he asked her to wait a distance away while he went to pray. The boy stood beside the grave with bowed head, weeping. Then he began to disrobe. As the astonished missionary watched, the boy took off his warm clothing, piece by piece, and laid it on his mother’s grave.

Surely he won’t take off all his clothing, the missionary thought. He’ll freeze! But the boy stripped himself of everything, putting all his warm clothing on the grave. He knelt naked and shivering in the snow. As the missionary went to him to help him dress again, she heard him cry out to the mother he never knew: “Were you colder than this for me, my mother?” And he wept bitterly.

—–
When Christ came, He stripped himself of every royal garment and entered into our world of hatred and cold indifference. Why did He do it? Because He saw centuries of broken lives needing a Savior. And then He died of a broken heart. What broke it? The sin of human hearts. The long history of men making slaves of other men. Centuries of cruelty. Starvation and suffering. The worship of false gods in temples made with hands. War, bloodshed, crime, and greed those things broke the heart of Christ.

But so did we.

Our coldness broke His heart, and now it freezes Him out. We complacent Americans (and people of all nations) who are saved, satisfied, and sitting.
– We who pray, “Give us compassion for a lost world,” and then “sacrifice” a dollar for missions
– We with our elegant homes and brimming garbage cans
– We who have the money, knowledge, and manpower to take the gospel to every person, and yet we don’t.
We who say we love the lost, and neglect to tell a lost neighbor about a loving Savior.

Jesus’ love lies frozen between trestled lips that ought to be warm to speak for Him. Lord, we take off our garments of pride and self-righteousness, glittering but transparently filthy rags that they are, and lay them at Your feet.

In our naked need we cry, “Were You colder than this because of us, Lord?”

And we weep, because we know You were.

I pray this encourages you to reach out and warm others.

Remembering the military who are deployed around the world to protect the innocent from the wicked and support freedom and justice. Please view some ways to support our military. 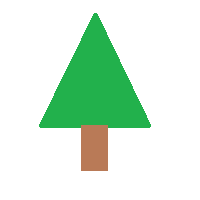 You can find opportunities to serve for Jesus Christ at City Serve USA.

Previous: I Went to a Party, Mom – a poem against drinking and driving.

Next: Jesus in my heart