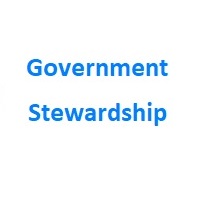 The government should be just and fair. It should act in the benefit of all the people, not primarily the benefit of those in power.  While most people that work for the government are good citizens trying to do the best for the country, there are some that seek power for their benefit, not the good of the people.

Those in government leadership should encourage virtuous living and keep the size of the government to the minimum to protect the nation from its enemies and provide some reasonable safety nets for people in poverty.  Those that seek to use government resources to encourage immoral and ungodly activity should be stopped by the people.

The U.S. Declaration of Independence recognized the God-given rights to life, liberty, and the pursuit of happiness (righteous living).  The U.S constitution guarantees the freedom of speech, the freedom of the press, and the freedom of religion.

The below resources can help you keep government leaders accountable to doing what is best for the nation.

The American Freedom Alliance is a non-partisan, non-profit organization which promotes, defends and upholds Western values and ideals.

Prager U – life-changing, five-minute courses on the values and history that made our country great.

The Center for Reclaiming America established by Dr. D. James Kennedy, an outreach of Coral Ridge Ministries, provides non-partisan, non-denominational information, training, and support to all those interested in positively affecting the culture and renewing the vision of our Founding Fathers. The Center for Reclaiming America is a national grassroots organization with members in all 50 states.

The U.S. Census Bureau has an easy-to-search site that boasts information galore on who lives where.

The Federal Election Commission lets you see how much money candidates have received in contributions and who has contributed to whom. It also has information on campaign finance laws in English and Spanish.

Another resource, the National Center for Education Statistics, lets you assess for yourself how American students are doing, and how much taxpayers are spending on them.

Be an informed voter:

An Ohio native, Bob McEwen represented Ohio in the United States House of Representatives for six terms. Mr. McEwen is a leading advocate for pro-family interests and free-market economics.

Also check out the book “Erasing America: Losing Our Future by Destroying Our Past Hardcover” – by James S. Robbins

Vote Under God – Equipping people to make their voice heard with their vote, under God.

WND is an independent news company dedicated to uncompromising journalism, seeking truth and justice and revitalizing the role of the free press as a guardian of liberty.

Also you can get more information at Gannett Online.

Finally, I hope you get more involved and volunteer.

Most prison/jail systems in the United States are designed primarily and sometimes solely as a penal system – to punish those who broke the law.  Better places use a corrections institute concept where violators are punished for their crimes, but also given training to prevent future law breaking.  One example is the Chesapeake, VA system.  The Virginian-Pilot Digital Edition wrote a piece about it: Law & order: Hampton Roads.

Ultimately, good Government Stewardship is the responsibility of all Christians.