Some quotes from “smart” people I found years ago. Some are considered to be some of the smartest people in the world.

“Whenever I watch TV and see those poor starving kids all over the world, I can’t help but cry. I mean I’d love to be skinny like that, but not with all those flies and death and stuff.” — Mariah Carey

“Smoking kills. If you’re killed, you’ve lost a very important part of your life.” — Brooke Shields, during an interview to become spokesperson for a federal anti-smoking campaign.

“I don’t feel we did wrong in taking this great country away from them. There were great numbers of people who needed new land, and the Indians were selfishly trying to keep it for themselves.” — John Wayne

“We’ve got to pause and ask ourselves: How much clean air do we need?” –Lee Iacocca

“Please provide the date of your death.” –from an IRS letter

“It isn’t pollution that’s harming the environment. It’s the impurities in our air and water that are doing it.” — Former U.S. Vice-president Dan Quayle (Right on, Danny!!!)

“It’s no exaggeration to say that the undecideds could go one way or another.” –George Bush, US President

“I have opinions of my own -strong opinions- but I don’t always agree with them.” –George Bush, US President

“If we don’t succeed, we run the risk of failure.” –Dan Quayle

“The loss of life will be irreplaceable.” –Dan Quayle

“I was recently on a tour of Latin America, and the only regret I have|is that I didn’t study my Latin harder in school so I could converse with those people.” –Dan Quayle

“What a waste it is to lose one’s mind. Or not to have a mind is being very wasteful. How true that is.” –Dan Quayle

“I stand by all the misstatements that I’ve made.” –Dan Quayle

“We are ready for an unforeseen event that may or may not occur.” –Dan Quayle

“Hawaii is a unique state. It is a small state. It is a state that is by itself. It is different from the other 49 states. Well, all states are different, but it’s got a particularly unique situation.” –Dan Quayle, US VP (you are my idol, Danny!)

“I was under medication when I made the decision to burn the tapes.” –Richard Nixon, US President

Other Politicians – smartest people in the world

“I haven’t committed a crime. What I did was fail to comply with the law.” –David Dinkins, New York City Mayor, answering accusations that he failed to pay his taxes.

“Outside of the killings, Washington has one of the lowest crime rates in the country.” –Mayor Marion Barry, Washington, D.C.

“I’m not going to have some reporters pawing through our papers. We are the president.” –Hillary Clinton commenting on the release of subpoenaed documents

“That lowdown scoundrel deserves to be kicked to death by a jackass, and I’m just the one to do it.” — A congressional candidate in Texas.

“If you let that sort of thing go on, your bread and butter will be cut right out from under your feet.” — Former British foreign minister Ernest Bevin

“The private enterprise system indicates that some people have higher incomes than others.” –Gerry Brown

“We are not without accomplishment. We have managed to distribute poverty equally.” –Nguyen Co Thatch, Vietnamese foreign minister

“I’ve never had major knee surgery on any other part of my body.” –Winston Bennett, University of Kentucky basketball forward.

“Not only is he ambidextrous, but he can throw with either hand.” –Duffy Daugherty, football coach and sports analyst

“We’re going to turn this team around 360 degrees.” — Jason Kidd, upon his drafting to the Dallas Mavericks.

“Men, I want you just thinking of one word all season. One word and one word only: Super Bowl.” –Bill Peterson, football coach

“Be sure and put some of those neutrons on it.” –Mike Smith, baseball pitcher, ordering a salad at a restaurant

“The word “genius” isn’t applicable in football. A genius is a guy like Norman Einstein.” –Joe Theisman, NFL football quarterback and sports analyst

“Without censorship, things can get terribly confused in the public mind.” –General William Westmoreland

“I was provided with additional input that was radically different from the truth. I assisted in furthering that version.” –Colonel Oliver North, from his Iran-Contra testimony

“The people in the Navy look on motherhood as being compatible with being a woman.” –Rear Admiral James R. Hogg

Other famous people and their funny quotes

“Fiction writing is great. You can make up almost anything.” –Ivana Trump, upon finishing her first novel

“The road of good intentions is paved with Hell.” –Spencer Ante

“Traditionally, most of Australia’s imports come from overseas.” –Keppel Enderbery

“We are sorry to announce that Mr. Albert Brown has been quite unwell, owing to his recent death, and is taking a short holiday to recover.” –Parish Magazine

“Your food stamps will be stopped effective March 1992 because we received notice that you passed away. May God bless you. You may reapply if there is a change in your circumstances.” –Department of Social Services,
Greenville, South Carolina

“If somebody has a bad heart, they can plug this jack in at night as they go to bed and it will monitor their heart throughout the night. And the next morning, when they wake up dead, there’ll be a record.” –Mark S. Fowler,
FCC Chairman

Careful what you say, you might end up being quoted as one of the “smartest people in the world”.  😉

You may also like one of my other funny emails: 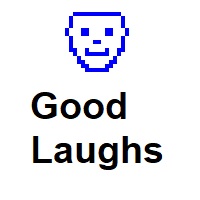 Back to my Other things page.